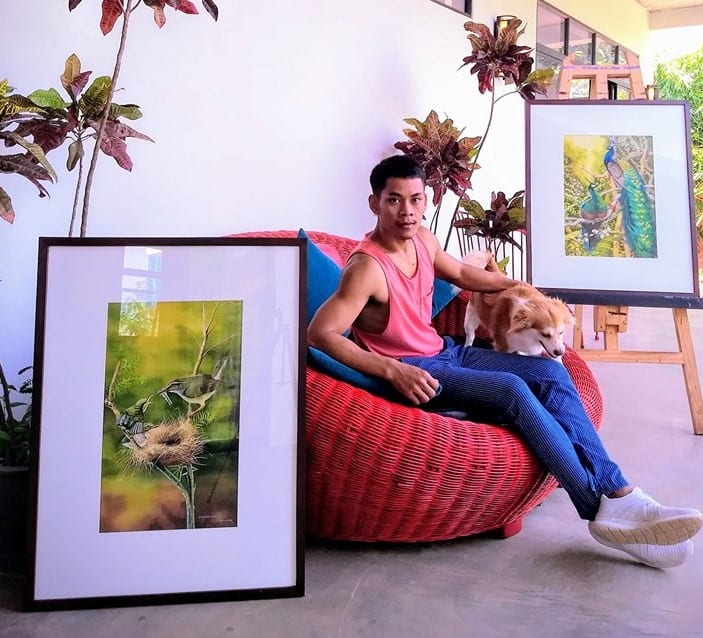 In 1998, Channy’s family relocated to the jungle approximately 100 kilometers from Battambang. The move was part of a government scheme to give underprivileged families land so they could farm for a living. As a young boy, Channy’s sketchbook was the dirt he walked upon while his tool was a stick to draw with. Drawing allowed Channy to escape to another reality. This creative freedom not only gave him a feeling of happiness, but people also began noticing his artistic skills.

Teachers at school often gave him rewards for his artwork, but it was his father who recognized his talent and potential. When he heard about a school that provided free education in Battambang called Phare Ponleu Selpak, Channy was enrolled in 2006; he graduated in 2013.

Channy now lives in Siem Reap. He is very happy to share his story and show his work to visitors at his home art studio and gallery.

Passionate about birds and their relationship with humans and the environment, Channy is keen to share the dangers that befall wildlife in our modern world.  This is reflected in much of his work.